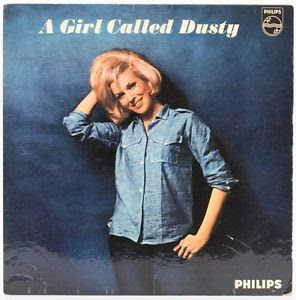 Many revered oldies from the 1960s were quite sexist in nature. Some of the lyrics of the decade's many innocent sounding hit records approached creepiness, especially when it came to men's lust for younger women (I'm talking to you Gary Puckett).

Other tracks were outright misogynistic. The Rolling Stones proved this on "Under My Thumb" and it is scary to think what John Lennon wanted to do to his girlfriend on Rubber Soul's "Run For Your Life."

Many of the deeply held, sexist attitudes of the day were never questioned by either gender because they were accepted within the context of their times but, a 45 RPM single by Dusty Springfield, one of the decade's more popular and talented female stars, makes "Wishin' and Hopin'" from her debut LP, A Girl Called Dusty, exceptionally awful by today's standards.

During the song's two minutes and fifty-three seconds Springfield gives young women some advice on how to win the man of their dreams that is shocking today. Most of them would be immediately appalled upon hearing the song and if Springfield were alive and performing today I’d bet my house that she wouldn't include it in her set list.

This 1964 hit record was written by, believe it or not, Burt Bacharach and Hal David. Their songs were played on the radio almost as frequently as Lennon-McCartney tunes at the time and even though the duo specialized in light pop fare, usually about love and relationships, they never sunk as low as they did on this very early Springfield tune.

"Wishin' and Hopin'" entered Billboard's Top Ten in July 1964 during the height of Beatlemania.

There is no cruelty in the lyrics below but the submissiveness in them should have you shaking your head anyway. Enjoy the video below, if you can.


"Show him that you care just for him
Do the things he likes to do
Wear your hair just for him,
'cause you won't get him
Thinkin' and a-prayin', wishin' and a-hopin'."
British Invasion Pop Vocals