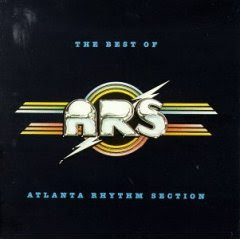 Of all the Southern rock bands on the music scene during the 70s only the Allman Brothers Band impressed me more than the Atlanta Rhythm Section. ARS was a band that evolved out of the 60s band The Classics IV who were famous for a string of hit singles including "Stormy," "Spooky," and "Traces.

ARS featured the usual dual electric lead guitars that were a staple of so many bands from the South but that is where the similarity to most of their peers ended. They offered a tighter sound than most Southern rockers, they didn't jam as incessantly, and for a few years they became masters of the radio friendly, four minute rock song. They could also impress you with their ballad writing as well. ARS was easily among the more mainstream of the Southern bands largely because of Ronnie Hammond's often smooth vocals and their knack for writing melodies. The dynamic Hammond was my favorite lead singer of all the Southern rockers with the exception of Greg Allman.

The best and most well known version of ARS recorded from 1973 to 1981. They were popular for only about three years then faded into oblivion as each succeeding album sold less and less. During their peak years of the mid to late 70s, in addition to Hammond, their lineup included Barry Bailey and J. R. Cobb on guitars, the massive Paul Goddard on bass, Dean Daughtry on keyboards and Robert Nix on drums (later replaced by Roy Yeager). Their producer, Buddy Buie exerted a lot of influence on both their music and their career and he almost served as another member of the band. In the late 80s Hammond, Bailey, and Daughtry reorganized the band with different members and they continue to tour today without Hammond. 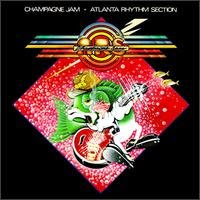 Their commercial peak was the album Champagne Jam (1978) featuring "I'm Not Gonna Let It Bother Me Tonight," "Imaginary Lover," the title track, and the fantastic rocker "Large Time," a tribute to Lynyrd Skynyrd. But their best album, Dog Days, (1975) featured two great ballads, "All Night Rain" and the title track. Those tunes mixed well with some straight ahead Southern boogie such as "Crazy," and "It Just Ain't your Moon." Some of their other well known hits of the period included "So Into You," "Sky High," "Do It Or Die," a remake of "Spooky," and "Alien."

I saw ARS live after Nix left the band, during the period when their short-lived popularity was waning, and the boys from Doraville, Georgia proved they could rock with the best of the genre. You would think that their musicianship, pop sensibilities, and string of hit singles would still generate a following today but the world seems to have forgotten the Atlanta Rhythm Section. I never hear their music played on classic rock or oldies radio stations, and I never hear anyone discuss them. Am I the only one who still cares about this very fine Southern rock band?

Read more about the history of ARS, along with a complete discography on their website.

You can buy their music from Amazon.